Acireale hosts a fabulous Carnevale festival, second in Italy only to Venezia (that’s Venice). The festival carries over many days and the culmination is the parade of floats. These are not the ho-hum floats you made for homecoming. The Acireale Carnevale floats are works of engineering, design and art. Tens of craftspeople come together to achieve the dramatic satires on display this weekend in Acireale. While I was busy admiring the work, trying to understand the message and oftentimes puzzling the musical accompaniment choices, I snapped a few photos to share with you.

The themes tend to be political satire and Berlusconi, Monti, Sarkozy, Merkel, and Obama had significant coverage. Facebook even had a starring role on one float.

The traditional flower-based designs were stunning and stunningly detailed. 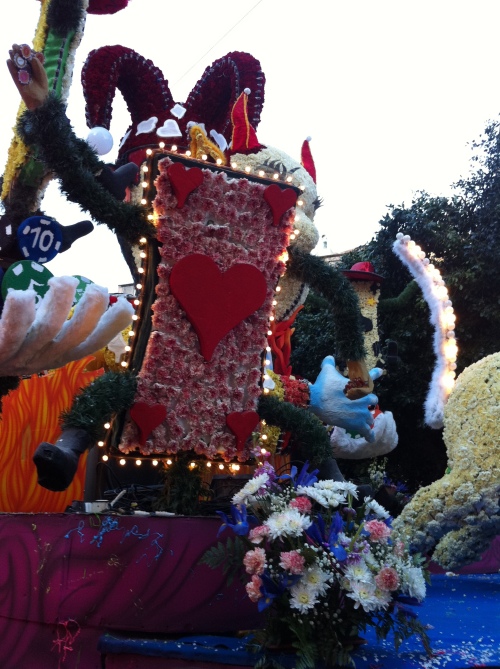 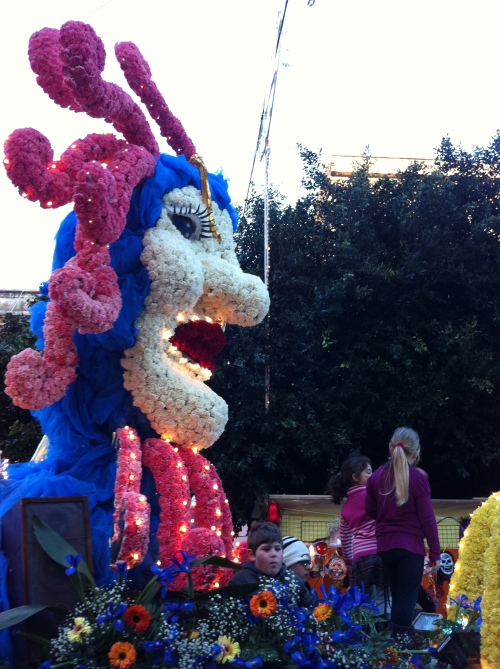 Many other floats were more modern an had moving parts, light and music effects, and caricatured features. 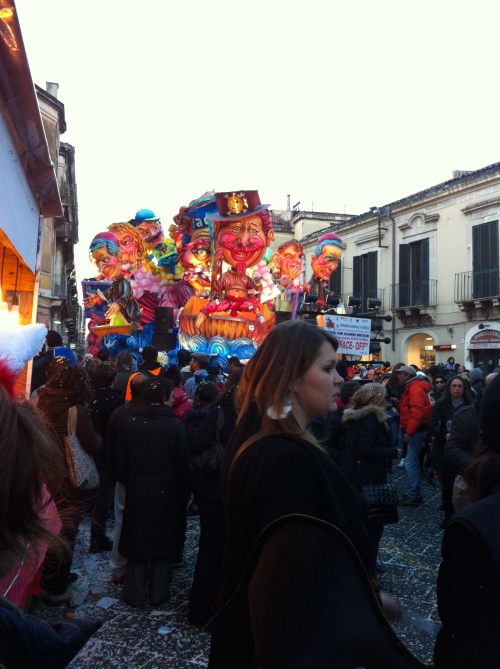 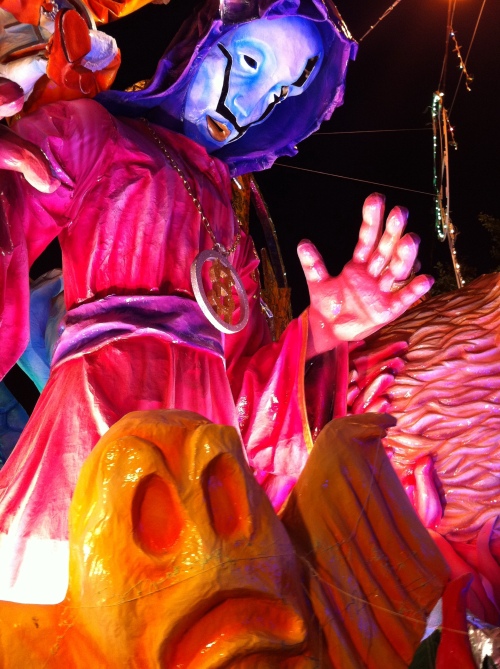 The entire event is very Italian! I was set up near a nut stand that was constantly on the verge of selling out of freshly roasted chestnuts. The crowd was boisterous and busy, without any order to it at all, and yet created a pleasant atmosphere of familial enjoyment. Some people were drinking, but the event lacked the overtly drunk idiots I have come to expect at comparable U.S. festival events. Even walking through the crowd was Italian, everything keeps moving and everyone is linked to a small Italian woman who you don’t want to run over, so it is manageable and courteous chaos, like much of Italian culture.